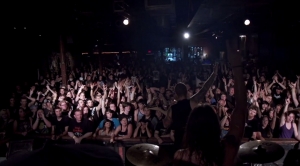 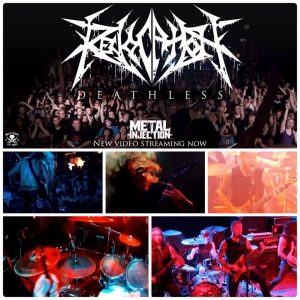 We spent a few days on the road with director Dave Brodsky, and ended up with the new video for "Deathless"! Hopefully, this video will give you a taste of what it's like on the road, from the daily grind of loading gear to the excitement of being on stage. Check it out here: 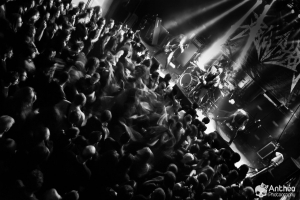 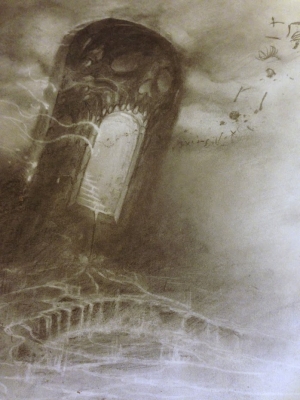 An In-Depth Look at the Album Art for Deathless

Revocation‘s fifth full-length album, Deathless, isn’t just one of the most highly-anticipated albums of the fall — it’s also their best record to date, further cementing this still-young band’s stature as one of modern metal’s finest acts. (Read MetalSucks’ review of the album here.) And while there can be no doubt that the most important aspect of any album is the music it contains, metal is almost as much of a visual medium as it is an aural one — and so it’s no surprise that the Deathless cover art, by Tom Strom, is an absolutely stunning representation of the record’s tone and feel.

To celebrate the release of Deathless one week from today (that would be October 14, duh) via Metal Blade, Revocation and Strom graciously provided MetalSucks with some exclusive, in-depth photographs chronicling the creation of that totally killer album art. And as if that wasn’t enough, Strom and guitarist/vocalist David Davidson took some time from their busy to schedules to let us pick their brains about the art as well!

How important is it to Revocation to have the “right” album art?

Dave: Album art is very important for us. I remember going to CD stores as a kid and picking up albums just based on the artwork alone. Album art is often a first impression for fans, so I always want our art to be intriguing and draw people in, even if they have never heard us before.

How do you approach album art in this day and age of digital downloads, where some listeners will never see the art as anything other than a tiny box on their mp3 player?

Dave: I don’t really keep that in mind when working with artists. Sure, some people will just download the album and never look at the art, but as a  music lover, I’ve always been a fan of the whole package.

Tom: The right album art for any band I think is important, as it’s usually the first impression of a band for people. I’ve bought countless death metal albums solely because of the artwork, and have discovered many bands that way. I almost feel like the artwork can make or break an album. If it doesn’t pull me in visually, I’m almost always not even  going to be interested in listening to the album. There is also a pretty rich history of death metal bands using actual painted artwork, which most fans are into just as much as the bands. Even in the age of digital downloading, where the artwork might not get seen as easily, I find myself looking for it anyway. It represents, in one image, what that album is supposed to be about. So, for me, it’s important to see it.

Dave, how did you first become aware of and meet Tom?

Dave: I was looking for a tattoo artist that really matched my tastes and found Tom’s work online. I ended up sending him an email and asked him if I could get some work done when I came through Minneapolis (this was way back when we were opening the Despised Icon farewell tour). He responded, and as it turned out, he was already a fan of Revocation, so right of the bat there was a mutual respect between the two of us, which was cool. We ended up really hitting it off and we’ve been friends ever since. 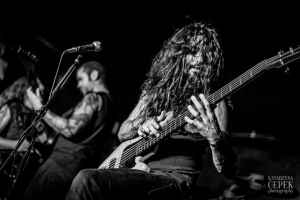 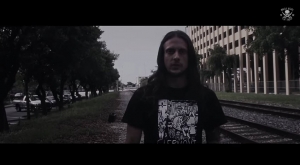 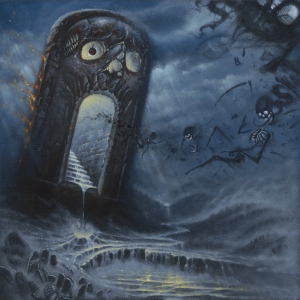 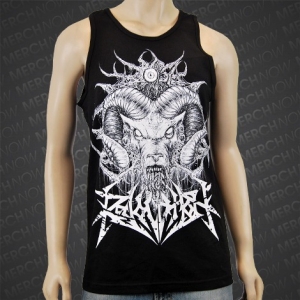 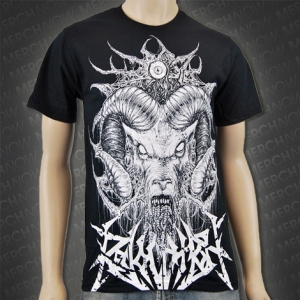